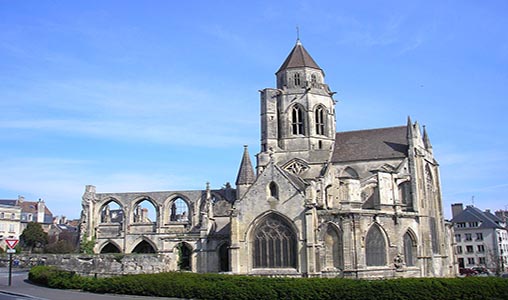 Day 2. Milan (Breakfast)
After breakfast, a half - day private excursion of Milan, Italy's fashion and finance powerhouse. Lining the city's busy streets you will find striking medieval architecture and arresting modern design. Explore the main piazzas and charming backstreets of this bold city with your guide. Visit the Convent of Santa Maria delle Grazie to see Leonardo da Vinci's mural The Last Supper, which he painted on the refectory wall at the request of his patron, Ludovico Sforza, Duke of Milan. With dimensions of 15 by 29 feet, this beloved mural covers the entire large wall. Continue onto the magnificent Castello Sforzesco which houses Michelangelo's last unfinished masterwork, the Rondanini Pieta. Later, admire the Duomo, the great Cathedral of Milan, a striking example of Gothic architecture, built to accommodate the entire city in the 14th century and the impressive Galleria Vittorio Emanue.Wander the neighbourhood of Navigli, with its canal-side cafés and old-fashioned gelaterie (ice-cream shops). Free evening to see La Traviata.

Day 3. Milan - Paris - Caen (Normandy) (Breakfast)
After breakfast, transfer to the airport for the early flight to Paris. Arrival to Paris, reception and private transfer to the Gare St. Lazare train station for the train to Caen in Normandy. Arrival and take the short walk to your hotel. We recommend a free afternoon after all of the travelling today.

Day 5. Normandy Calvados villages (Breakfast)
Today you will embark on a Normandy Gastronomy tour. Enjoy learning about Cider, Calvados brandy and Cheeses named after the villages that produce them - Camembert, Livarot, and Pont l'Eveque.
Your private tour of Normandy's Calvados villages begin with a visit to the seaside resort of Cabourg, known for its long sandy beach, casino and racetrack. Author Marcel Proust was a frequent guest in the town's Grand Hotel when it opened in the early 1900s. You will have a brief tour of the city center here before continuing on to Beuvron-en-Auge. Beuvron's villagers take pride in keeping up their architectural heritage: multi-coloured, half-timbered homes best exemplified by the 16th century Vieux Manoir in the village's oval shaped square. Your tour guide will take you on a short walking tour of the town center.
Your next stop will be Lisieux, home to a Carmel monastery where St. Therese spent many years in pious retreat. Lisieux and its fabulous basilica, which you will visit, receives more than two million pilgrims a year.
Continuing along Normandy's Cheese & Cider Route, where you will stop in Camembert, the birthplace of the cheese by the same name. You may take a guided tour of a major Camembert maker's facilities and cheese museum to learn how Camembert is made and sample this tasty cheese.
You will also stop in Pont-l'Évêque to sample its namesake cheese, thought to be the oldest Norman cheese still in production.
The last stop of your Normandy tour will be to Livarot, a cheese- and brandy-making village famous for its namesake cheese. The soft, pungent cheese is nicknamed the Colonel as it has five stripes around it. You will enjoy a cheese-making demonstration and tasting here. Your final stop will be to a Calvados distillery, where you will learn how the region's famous apple brandy is made, and sample the spirits of Calvados. Overnight in Caen.

Day 6. Caen - Paris (Breakfast)
After breakfast, take the return train to Paris. Arrival and transfer to your hotel, the Balzac. Free afternoon.

Day 7. Paris (Breakfast)
After breakfast, a walking and private car tour visiting some of the highlights of Paris. Split by the River Seine, the tour will include passing across Pont Neuf, the oldest bridge in Paris dating back over 400 years, followed by Notre Dame Cathedral, a 12 century Gothic masterpiece. Dating back to 1163, Notre Dame is the cathedral of Paris and the seat of the Archbishop of the city.
You shall visit the ubiquitous Eiffel Tower, the icon of Paris and France which was completed in 1889. A trip to the top of the Eiffel Tower. (We shall endeavour to accommodate this when first arriving but there may be a queue or the tower may even be closed due to weather and other factors). We shall visit the basilica of Sacre Coeur in the hilltop quarter of Montmartre. Once, one of the world's most influential artistic centres, today it is a splendid place to walk around sampling a coffee or for a little shopping. Some free time will be provided for you at leisure. Return to your hotel.
Entrances to the 2nd floor of the Eiffel Tower, Montmartre, Sacre Coeur are included.

Day 8. Paris (Breakfast)
After breakfast, a 3 hour guided visit to the Louvre, the great Parisian Museum and also the most visited museum in the world. The museum opened its doors on 10 August 1793 with an exhibition of 537 paintings and today houses over 35,000 objets d'art with such famous works as the Mona Lisa by da Vinci, the Wedding feast of Cana by Veronese and Liberty Guiding the People by Delacroix; in addition to great sculptures such as Venus de Milo and the Winged Victory of Samothrace to name but a few. The guide will be with you for 3 hours. This is a semi- private (small group) guided trip of the main highlights and you can continue the stay at your own leisure. Transfer to the museum is included but not the return transfer.

Day 9. Paris - Versailles (Breakfast)
Today we will leave Paris and head to the magnificent Palace of Versailles, lying just outside of Paris. Today is a semi-private tour. A royal chateau which was embellished by the Sun King Louis IV in the 17 century, this magnificent chateau with its vast grounds is an incredible testimony to the heights of royal extravagance.
This is a half day, semi-private (small group) tour to the magnificent Palace of Versailles. After the tour, return to your hotel.

Day 11. Paris (Breakfast)
After breakfast, transfer to the airport.

Back to Top
PRICE
Please Contact Us
WHAT IS INCLUDED / NOT INCLUDED
Our price Includes: Our price does not include:
Back to Top
OUR SIGNATURE SUBLIME TOURS